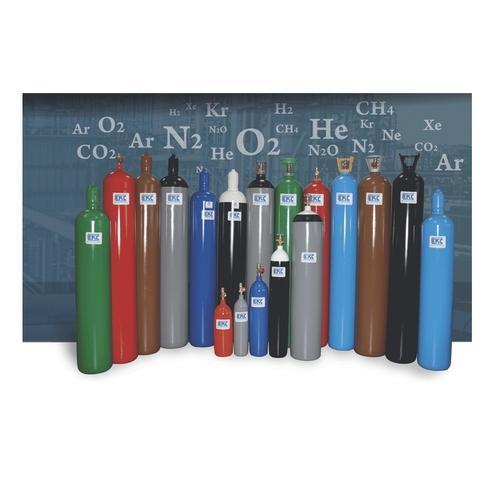 Good Morning Investors ,One Stock that can Benefit from Present Situations. Day By Day Covid Cases are Increasing . One Compulsory Product in Every Hospital is Cylinder. Below is The Stock Name to look into such Sectors in Coming Months & Years . All are For STUDY PURPOSES ONLY .

Everest Kanto Cylinder Limited is engaged in the manufacture of fabricated metal products, except machinery and equipment.

They also manufacture storage cylinders cascades complete with fittings and accessories for CNG and other industrial use.Everest Kanto Cylinders Ltd was incorporated in the year 1978. In the same year, the company in collaboration with Kanto Koatsu Yoki Manufacturing Company, Japan set up a manufacturing unit at Aurangabad.

In the year 1981, they started commercial production in their Aurangabad plant. In the year 1985, they expanded their manufacturing capacity with in-house technology by setting up a new facility at Tarapur to manufacture the widest range of High Pressure Gas Cylinder. The company set up a new state of the art manufacturing facility at Dubai, in order to tap the emerging potential for cylinders in Iran, Pakistan and Bangladesh.

This plant commenced their production during the year 2003-04. In April 2005, the company entered into a joint venture agreement with China based Cangzhou Gas Corporation for producing and selling high pressure gas cylinders.

In December 2005, the company commenced their production at Gandhidham which has the production capacity of 340000 cylinders per annum. During the year 2006-07, the company formed two wholly owned subsidiary namely EKC International FZE in Dubai and EKC Industries (Tianjin) Ltd in Peoples Republic of China.

In April 21, 2008 EKC group acquired all the assets of CP Industries Inc, a division of Reunion Industries Inc, USA for an amount of USD 66.3 million.EKC Industries (Tianjin) Co Ltd, the wholly owned subsidiary of the company in Peoples Republic of China completed the trial production phase and commercial production commenced during May 2008.

In October 2008, the company received an order for a value of USD 13 million form Pakistan and Middle East countries for the supply of CNG cylinders through their wholly owned subsidiary, EKC International FZE, Dubai.

The company is implementing new project at their existing facility in Gandhidham which would result in creation of a 200,000 cylinders per annum and commissioning of these plant is expected during end of the financial year 2008-09. The company is in the process of setting up a cylinder manufacturing plant at Kandla Special Economic Zone. This plant is expected to be commissioned during the first quarter of financial year 2009-10.

Based on Supply & Demand Expected huge Demand is Expected .

He/ She are Not Responsible for any Loss a Rising out of any Information, Post or Opinion Appearing on this Website. Investors are advised to do Own Due Diligence or Consult Financial Consultant before acting on Such Information. Author of this Website not providing any Paid Service and not Sending Bulk mails/SMS to Anyone. Information is in no way guaranteed. No guarantee of any kind is implied or possible where projections of future conditions are attempted. Investment/Trading in securities Market is subject to market risk.