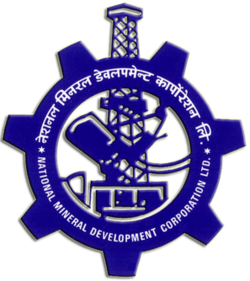 It has made valuable and substantial contribution to the National efforts in the mineral sector during the last five decades and has been accorded the status of schedule-A Public Sector Company. In recognition to the Company’s growing status and consistent excellent performance, the Company has been categorized by the Department of Public Enterprises as “NAVRATNA” Public Sector Enterprise in 2008.

The story of NMDC is woven around the dreamy hills and the deep jungle land of Bastar in Chhattisgarh, known as Dandakaranya from the epic periods. The Bailadila iron ore range – “The hump of an ox” – in the local dialect, was remote, inaccessible and replete with wild life. The range contains 1200 million tonnes of high grade iron ore distributed in 14 deposits. The entire area was brought to the mainstream of civilization by the spectacular effort of NMDC by opening-up of mines. Today, Bailadila is a name to reckon with in the world iron ore market because of its super high grade iron ore. Bailadila complex possesses the world’s best grade of hard lumpy ore having +66% iron content, with negligible deleterious material and the best physical and metallurgical properties needed for steel making.

In the past, NMDC had developed many mines like Kiriburu, Meghataburu iron ore mines in Bihar , Khetri Copper deposit in Rajasthan, Kudremukh Iron Ore Mine in Karnataka, Phosphate deposit in Mussorie, some of which were later handed over to other companies in public sector and others became independent companies.

Because of its excellent chemical and metallurgical properties, the calibrated ore from Bailadila deposits has substituted the iron ore pellets in sponge iron making and hence became an important raw material for three major gas-based sponge iron steel producers like Essar Steel, Ispat industries and Vikram Ispat. In addition to these three, the entire requirement of the Visakhapatnam Steel Plant is also being met from Bailadila.

The demand for steel will continue to grow in the years to come and this in turn would call for increased demand for iron ore. NMDC is gearing itself to meet the expected increase in demand by enhancing production capabilities of existing mines and opening up new mines – Deposit -11B in Bailadila sector and Kumaraswamy in Donimalai sector. The production capability would increase to around 50 million tonnes per year in coming years.

Besides, NMDC is also in the process of securing mining leases of following iron ore mines (some as JV with State Governments):

For Value addition NMDC is in the process of developing a 3 mtpa steel plant at Jagdalpur and 2 pellet plants at Donimalai (1.2 mtpa) and at Bacheli (2 mtpa). Besides, NMDC has acquired Sponge Iron India Limited with plan for expansion to produce billets.

Besides iron ore, NMDC also plans to go for other minerals like Coal, Diamond, gold etc for which NMDC is looking forward for leases / buy properties from foreign countries directly / under Special Purpose Vehicle / Joint Ventures.

For continuing the exploration activities NMDC has set a Global Exploration Centre at Raipur , Chhattisgarh.

NMDC is taking up diversification activities through its intensive R&D efforts for production of High-Tech and High Value added products from Blue Dust like Carbon free sponge iron powder, Nano crystalline powder. Besides, study is also being conducted for setting up a demonstration plant to beneficiate BHJ/BHQ material for upgradation to +64% Fe iron ore concentrate.

NMDC is also investing in development of renewable energy resources as an environment friendly investment. A Wind mill project (10.5MW capacity) has been completed & commissioned at Karnataka.

NMDC has always shown great concern for environment protection. At all its projects care is taken in this regard by tree plantation, making tailing dams/check dams at different places.

Apart from iron ore NMDC is developing Magnesite mine in Jammu and Arki Lime Stone Project in Himachal Pradesh.

NMDC, a socially responsible company, believes in engaging its stake holders through a continuous and consultative process towards the fulfillment of its corporate mission and vision which focus on sustainable growth and improvement in the quality of life of its employees and the related communities. Corporate Social Responsibility (CSR) of NMDC is deeply ingrained in its CSR philosophy right from its inception in 1958. The CSR Policy has a holistic triple bottom line approach benefitting the company and the society at large, with particular emphasis on the immediate surroundings of its Projects. It envisages the socio-economic advancement of the community and also adheres to environment-friendly operations as well as socially relevant interventions.

Over the years, NMDC has made a huge impact on the socio-economic emancipation of the people, especially in the remote villages of Bailadila, through a host of CSR initiatives in the areas of medicare, education, skill training, infrastructure, drinking water, etc., through focused interventions and also integrated development of villages.

In fact, NMDC’s way of approach for fulfilling the dreams of the local people and society through its CSR activities has not only touched the lives of thousands of people living in an around our Projects but also impressed the decision makers in the field of CSR. Recently, the Department of Public Enterprises (DPE), Ministry of Heavy Industries and Public Enterprises, New Delhi has suggested the PSEs to follow NMDC CSR model for effective CSR activities vide their circular dated 01/11/2011.

BASED ON NEWS : STUDY PURPOSES ONLY .

He/ She are Not Responsible for any Loss a Rising out of any Information, Post or Opinion Appearing on this Website. Investors are advised to do Own Due Diligence or Consult Financial Consultant before acting on Such Information.

Author of this Website not providing any Paid Service and not Sending Bulk mails/SMS to Anyone. Information is in no way guaranteed. No guarantee of any kind is implied or possible where projections of future conditions are attempted. Investment/Trading in securities Market is subject to market risk. This is my personal thoughts on this company and not at all a buy recommendation. Do own due diligence /consult a SEBI registered advisor before any action.