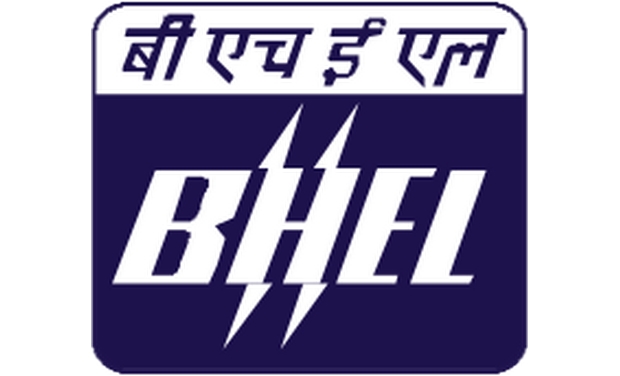 One of the greatest challenges before the Government of India on attaining freedom in 1947 was to provide a strong base in infrastructure and capital goods for economic and industrial development. The Government under the leadership of Prime Minister, Pandit Jawaharlal Nehru realized that there should be a large manufacturing base and adequate technically qualified personnel for sustained economic growth.

The country’s planners recognized that adequate supply of electric power was a precondition for long term industrial growth. This could be sustained only with a strong domestic power equipment industry. Accordingly, the Planning Commission recommended initiating steps towards setting up a factory for the manufacture of all types of heavy electrical equipment required for various projects.

As a result, the Government of India signed an agreement on 17th November, 1955, with Associated Electrical Industries (AEI), UK, for the establishment of a factory at Bhopal complete in all respects for the manufacture of heavy electrical equipment in India.

The company was registered as Heavy Electricals (India) Limited (HE(I)L) in the Public Sector under the Ministry of Industry and Commerce on 29th August, 1956.

Substantial increase in demand for power generating capacity was expected in the subsequent Five Year Plans being formulated by the Government of India, with the resolve to push the installed capacity in the country for power generation up to 1,00,000 MW by the turn of the century. Accordingly a decision was taken by the Government to set up three more plants for the manufacture of heavy electrical equipment.

The first one was at Tiruchirappalli (Tamil Nadu) for high pressure boilers, the second one at Hyderabad (Telangana) for steam turbo generators and high pressure pumps and compressors – both of these with collaboration from Czechoslovakia and the third plant at Haridwar (Uttarakhand) with erstwhile USSR collaboration for large steam turbo generating sets and motors and also hydro generating sets including turbines and generators.

These three newly conceived projects were part of Heavy Electricals (India) Limited for which the work was initiated at Bhopal. All the initial preparatory work was carried out from Bhopal till November 1964.

These three new plants went into production in the latter half of the sixties, focusing on generation equipment, in addition to the Bhopal plant, which had already been manufacturing thermal and hydro generator plants for customer orders from Electricity Boards.

The plants under BHEL also made rapid progress. However, there was considerable overlap as also complementarities in the product profile and technologies of the two corporations. There was urgent need for rationalization of product profile, standardization of designs and engineering practices.

Integration of the corporations would result in synergy and optimal use of resources. The merged entity would also be better able to stand growing global competition. After due deliberations, Government of India in 1972, decided to merge the operations of the two corporations and create a truly modern global enterprise.

The organization began transforming itself from the production/operations management phase to strategic planning and management phase. BHEL with its team of 45,000 highly trained and widely experienced technicians and engineers, reached a turnover level of Rs. 230 crore by the year 1973-74.

The company contributed 910 MW of power generating equipment to India’s capacity of 4,579 MW by end of Fourth Plan, in the mid-seventies. BHEL upgraded its products in association with global leaders to meet changing domestic needs and exports. This period also saw BHEL embarking on its overseas journey with the execution of the first export order for Malaysia.

Even in the early years, BHEL realized that the future business growth could only come through providing total service to customer by developing system integration and service capability.

After intense consultations with the stakeholders and benchmarking with global leaders, the company brought-out a Corporate Plan in March 1974. This was a major step in the history of BHEL and galvanized the organization for rapid growth and development. It laid the foundation for creating a truly global enterprise and was a landmark in the corporate history of India.

As envisaged in the Corporate Plan of transformation from “Production Orientation” to “Engineering, Development and Market Orientation”, the strategic initiatives of functional orientation, rationalization and standardization of products, development of basic R&D, vertical integration, system sales, business expansion through acquisition, thrust on exports and strengthening customer service capability, among others were implemented.

As per the plan, the second-generation manufacturing units were set up as Transformer Factory at Jhansi, Central Foundry Forge Plant at Haridwar, and Seamless Steel Tube Plant at Tiruchirappalli to meet the objective of expansion and vertical integration.

Further diversification was achieved in 70’s with the acquisition of Radio and Electrical Manufacturing Company (REMCO) rechristened as the Electronics Division to give fillip to the control electronics business.

In line with the Government directives to ensure supplies of BHEL generating and transmission equipment for power stations including nuclear power generating plants, industries and Indian Railways, various important steps were initiated with the formation of an Engineering Committee to rationalize the engineering procedures to result in a unified design for all products under BHEL banner.

The company’s pioneering efforts in adopting information technology helped speedy adoption of unified systems in all the plants.

BHEL had also planned for the higher voltage equipment for transmission of power up to 400 kV and increased ratings of generation equipment in keeping with global trends. An important step was then taken in 1974-75 for collaboration with Kraftwerke Union (KWU) of Germany for the design and technology for thermal generating sets above 210 MW and up to 1,000 MW based on the modular principles of design and construction.

Through the setting up of Corporate Research and Development division with a chain of laboratories at Hyderabad in 1977 and with scientists and highly qualified staff recruited specially for R&D work, improvements had continuously been made in designs to suit local conditions so as to enable satisfactory operation of all major equipment. Special divisions were also set up to meet alternative sources of energy.

These efforts also enabled BHEL to meet stringent and urgent needs for supporting the country’s nuclear power programs. BHEL rose to the occasion by developing steam generators and other equipment required for nuclear power projects on its own and helped these projects to come on-stream as planned.

Another example of the company rising to the critical needs of the country in crisis situations was at the time of Oil Shock in 70’s. The company organized quickly for production of oil field equipment including on-shore oil rigs for ONGC’s exploration programs.

By the end of 70’s, systems concept had taken deep roots and BHEL was providing total services from concept to commissioning to all the customers in energy, industry and transportation segments. During the first two decades, the company had made substantial investments in meeting the needs of technicians and engineers.

By the 1970’s, it was recognized that nurturing managerial talent and future leaders within the organization was an imperative. The corporate plan helped in addressing this need. BHEL’s pool of talent was also a source for budding leaders in many public and private sector enterprises in India.

Civilian products from BEL include Electronic Voting Machines, Tablet PC, solar-powered traffic signal systems and Access Control Systems. This company is one of the navratna companies in India.

In 2000s, India saw major acceleration in economic growth. At ~8% CAGR, India’s growth rate was much higher than previous phases when it was 3-4% between 1950s until the early 1980s, and 5-6% from early 1980s until early 2000s. During these times, Government of India embarked upon an ambitious program of ensuring ‘Power for all by 2012’ resulting in aggressive push for generation capacity addition, rural electrification and expansion of T&D network.

As a result, electricity sector witnessed a lot of vibrancy and actions from all fronts offering once-in-a-lifetime growth opportunities for all stakeholders: project developers, EPC contractors, technology and equipment providers and transmission and distribution companies.

The company continued to emphasize on these strategies in addition to focus on exports and spares, and services business in ‘Strategic Plan 2012’. Manufacturing capacity was progressively augmented from 6,000 MW to 20,000 MW. Units were set up at Jagdishpur for manufacture of stampings for electrical machines and transformers and at Thirumayam for power plant piping systems.

In response to natural resource scarcity and climate change compulsions, BHEL forged technology collaboration agreements with Alstom-USA and Siemens-Germany for bringing energy and fuel-efficient supercritical technology to India. Innovation was identified as the key strategy to stay competitive in market.

Besides spending more than Rs 1,000 crore on R&D in 2012, in-house developed products contributed almost 20% to the top line.

Today India is on the cusp of higher economic growth. The new era will present new growth opportunities. However, the landscape of technology and competition is under transformation.

BHEL too is transforming and has embarked upon a journey with a vision of “Creating BHEL of Tomorrow” – an organization that will be Responsive, Robust and Rising, to the needs of the customers, shareholders, employees and society.

Leveraging BHEL’s enviable strengths, glorious past and contribution towards nation building, the company has put together a series of initiatives focusing on sustaining growth and profit, asserting leadership in core business sectors, developing people, enhancing digital capabilities and building potentials in new and diversified businesses as well as technologies for sustained growth.

Based on Technical Analysis .

Disclaimer: I am Not a SEBI REGISTERED ANALYST. This Website & Its Owner, Creator & Contributor is Neither a Research Analyst nor an Investment Advisor and Expressing Option Only as an Investor in Indian Equities. All trading strategies are used at your own risk.
He/ She are Not Responsible for any Loss a Rising out of any Information, Post or Opinion Appearing on this Website. Investors are advised to do Own Due Diligence or Consult Financial Consultant before acting on Such Information.
Author of this Website not providing any Paid Service and not Sending Bulk mails/SMS to Anyone.

Information is in no way guaranteed. No guarantee of any kind is implied or possible where projections of future conditions are attempted. Investment/Trading in securities Market is subject to market risk.

Stock Given 70% Returns in Just 2 months